Dr. Johnson, was an English writer who made lasting contributions to English literature as a poet, essayist, moralist, literary critic, biographer, editor and lexicographer. Johnson was a devout Anglican and committed Tory, and has been described as "arguably the most distinguished man of letters in English history." He is also the subject of "the most famous single biographical work in the whole of literature," James Boswell's Life of Samuel Johnson.

Samuel John spent eight-years compiling and writing his A Dictionary of the English Language, with 42,773 word entries, and approximately 114,000 literary quotations included to illustrate the usage and context of the words.  Johnson had planned to complete the work in three years.  In comparison, the Académie Française had forty scholars spending forty years to complete their dictionary of the French languate, which prompted Johnson to claim, "This is the proportion. Let me see; forty times forty is sixteen hundred. As three to sixteen hundred, so is the proportion of an Englishman to a Frenchman."

Johnson was a tall and robust man. His odd gestures and tics were disconcerting to some on first meeting him. Boswell's Life, along with other biographies, documented Johnson's behaviour and mannerisms in such detail that they have informed the posthumous diagnosis of Tourette syndrome, a condition not defined or diagnosed in the 18th century. 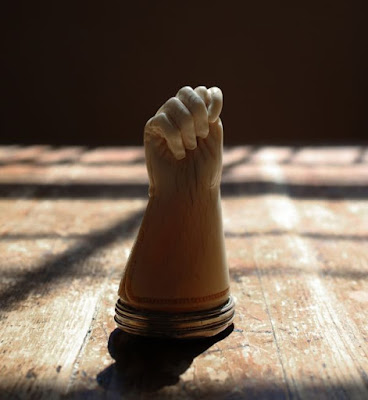 Email ThisBlogThis!Share to TwitterShare to FacebookShare to Pinterest
Labels: history