Mixing and Layering Your Snuffs 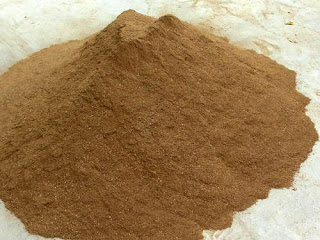 There are a wide variety of snuffs available to the modern snuff-taker.  Some snuff-takers embrace their inner mad-scientist and enjoy mixing and layering multiple snuffs to create new flavor/scent experiences.  Here are a variety of ways that snuff-takers have been known to mix two or more snuffs:

1.  Actually mixing up an amount of mixed snuff in a snuff box or jar.  This involves placing two or more snuffs in one container in various proportions, mixing, and then taking them.  Some will go as far as to re-grind the mixture (in a mortar and pestle) and then sift it before taking.

2.  Mixing them in your nose.  You take one snuff, and then follow with the other.  This isn't as much "mixing" as it is "layering" the snuffs in your nose.

3.  Mixing them on the back of your hand.  If you don't want to mix up a whole batch, you an put a little of one snuff on the back of your hand, and then put a little bit of another, and take both snuffs at once in a mixture.  This could certainly help one figure out the proportion of each snuff that works well together before making a larger batch (method #1 above.)

4.  One up each nostril is a technique I've heard used, but have never tried myself.  You take one snuff up one nostril, and the other snuff up the second nostril.  Reportedly this is enjoyable.

Personally, I tend toward method #2 where you layer multiple snuffs in your nose.

I tend to layer Viking Dark with a lot of other snuffs.  There is something rich and smokey about it that works well as a layer with other snuffs.  Especially sweeter snuffs.

And, when I'm looking for some nice burn and nicotine, I like to layer with WE Garrett Sweet Scotch snuff with other snuffs.  When combined in my nose with a stronger scented snuff, WE Garrett's sweetness sort of falls into the background and increases the enjoyment.

If you have a particular method or combination that you enjoy, please feel free to share it in the comments.

Mark Stinson
Modern Snuff Website
Posted by ghostvigil.com at 9:39 AM

Email ThisBlogThis!Share to TwitterShare to FacebookShare to Pinterest
Labels: snuff-taking