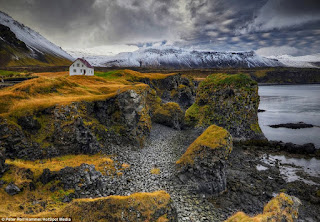 I found an article about Snuff use in Iceland from December of 2014, and how snuff tobacco sales were way up. Click Here to see the original article.

Here's the text of the article:


The sale of nasal tobacco has risen by 36% in the past 6 months compared to the same time last year, reports RUV.

"It is very sad news because of all the positive developments Iceland has made with tobacco awareness in past few years," said Health Minister Kristjan Thor Juliusson."Especially with younger people. It's obviously very sad to face up to [these new developments]."

Iceland has seen a significant increase in the use of snuff among young Icelandic men. In the first half of last year roughly 12 tonnes of nasal tobacco were sold in Iceland but this has risen to 16 tonnes for the same period this year.

The rise is believed to be a reaction to the ban on mouth tobacco and the Assistant Director of the State Alcohol and Tobacco Company of Iceland (ATVR), Sigrun Osk Sigurdardottir, has estimated that 80% of snuff purchased in Iceland is currently being used as mouth tobacco.

So, they ban oral use of tobacco but left nasal snuff legal. And some folks in Iceland started using nasal snuff orally Well of course they did. Doesn't take a genius to figure out that with oral tobacco banned, the other form of ground up tobacco would end up in people's mouths. We need to send those folks some nice American scotches. :-)

It is hilarious to me that they banned the oral use of tobacco, but still allow cigarettes. I mean, don't ban any of it. Let people make up their own minds, and be masters of their own choices. But, if you are going to ban something...ban the form of tobacco that has a serious death-risk. Nothing against those that smoke cigarettes, but what sort of public policy bans the oral use of tobacco and leaves cigarettes legal? Who made money off of that deal?

Along the same lines, Singapore is moving to ban everything EXCEPT cigarettes and cigars. Anything else with nicotine involved (snuff, chew, vapor, etc.) would be illegal, with the form of tobacco enjoyment with the most risk would be maintained. Crazy. Click Here to read that article

Email ThisBlogThis!Share to TwitterShare to FacebookShare to Pinterest
Labels: articles